More than €12,500 was collected for the Malta Autism Centre in Mosta during the 16th edition of the Malta Drag Racing Association for Charity event, which was held at the Ħal Far Raceway on Sunday 31st March. 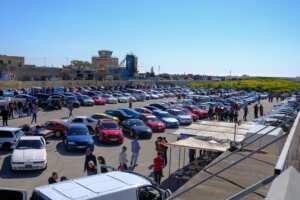 Like previous events, this was organised by Mario Mifsud, a local TV presenter and promoter of motorsport, alongside the Association of Drag Racing.

Most local clubs joined the organisers, with the result being that there were more than 500 cars on show.

Drifting and off-roading clubs also offered rides, against a donation to those that wanted to experience this thrill. A burnout competition was organised for the first time in Malta.