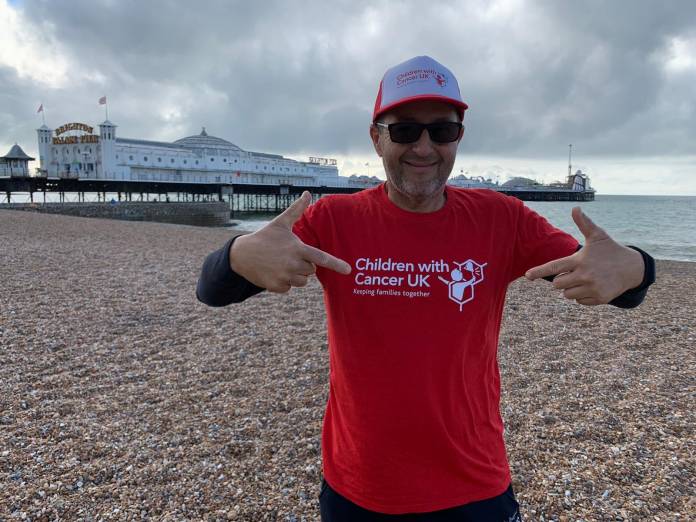 Godwin Debattista, known to everyone as ‘Goddo’, is originally from Malta, which is where he was born, grew up and lived until he was 50 years old when he moved to the UK.

Goddo has always had a huge passion for fundraising. Back in Malta, he created and organised three ‘Heart of Gold’ festivals (between 2004 and 2006), which collected thousands for Razzett Tal-Ħbiberija, while in 2007 he organised the ‘777 Climate Change Malta’ event.

In 2002, whilst visiting his father in hospital in Malta, he came across a child who had cancer.

“Until then I had never associated cancer with a child, so for me, it was a watershed moment,” he says, “This memory has stayed with me ever since.”

When he moved to the UK, Goddo came across the ‘Children with Cancer’ UK charity.

“I was so moved by the outstanding work they do with children and their families, that I set myself a challenge titled ‘The Big Weekend’, in order to fundraise for this special charity,” he explains.

“During the walk, which lasted 45 hours in total, there were laughter, tears, dancing, and even paramedics involved, oh yes! I passed out due to exhaustion on the first night,” he says, “The medical advice given was to rest up and possibly postpone the rest of the walk to a later date. However, the following day when I woke up to so many messages of love and support, I simply put my walking shoes back on and completed the walk over the following two days. The grand finale was spectacular; it was a dive in the sea right next to Brighton Pier, which felt very iconic and made me reminisce about Malta (except the English Channel is freezing!)”

Good says that a big ‘thank you’ goes to his daughters Charlotte and Sophie, their partners Chris and Malcolm, his Ocado UK work colleagues and other friends who came down and supported him, as well as his families in Malta and the UK, neighbours in Bedford and last but not least all those who donated and shared the love during what Goddo calls “this marvellous experience”.

“We are #TeamGoddo. I loved every minute! There will definitely be more charity work, as I have now got the fundraising bug back! So, watch this space,” he says.

The Just Giving page is still open and donations may be made here.