“Whoever places God as his cornerstone treats others as God treats him. None of God’s creatures are half human or waste.”

These were the words spoken by Auxiliary Bishop Joseph Galea Curmi during today’s homily in the daily mass broadcast from the Archbishop’s Curia in Floriana. Bishop Galea Curmi’s harsh yet adequate words are ever more relevant following the controversy which dominated headlines this week over the migrants who were left to die in Malta’s Search and Rescue Area.

The Auxiliary Bishop was commenting on today’s gospel, in which Christ is described as the cornerstone, meaning the most important stone in the foundation of a building. Galea Curmi explained that whoever builds his life upon God, as the cornerstone, will then cherish each person as Christ cherishes that person, be he or she Maltese, Italian, African, or of whichever nationality or race.

Whoever does this, said Bishop Galea Curmi, is throwing Christ away from his life, as God wants us to regard others with respect and care. 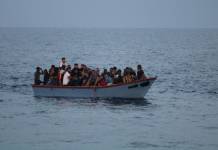