The series is executive produced by the National Book Council following a 2019 call for applications for the production of a docudrama TV-series promoting Maltese literature with new audiences.

The production company Sajjetta was entrusted with the production of the project. The series is directed and adapted by Charlie Cauchi and Martin Bonnici with additional screenwriting by Teodor Reljiç.

Cauchi and Bonnici explained to Newsbook.com.mt that each episode centres on an author, using local actors to bring their works to life.

“The whole process was fun but a bit tricky,” says Cauchi, “We had loads of things to consider. We chose eight authors and we wanted to have equally male and female. We didn’t want all the authors to have the same kind of ‘voice’, so all of the authors have different genres.”

The project took them all the way to Australia to film Lou Drofenik, as well as to Brussels, which saw them searching for Dr Alfred Sant, who apparently was not where he was meant to be. (The intrepid duo did finally manage to track him down).

‘Storja ta’ Storja’ episodes will be made available on the National Book Council YouTube channel in the days following the TV broadcast. 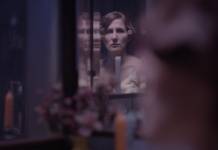