Partit Nazzjonalista said that Malta is in need of a long-term strategy when it comes to education.

Whilst addressing a press conference  at the Dar Ċentrali on Tuesday, shadow minister for Education Clyde Puli, stressed that the government needs to make a serious analysis to produce a strategy that targets early school leavers. It also needs to evaluate any further measures that should be adopted to reach the forecasted targets. He also referred to the European statistics on the matter which shows that Malta has the highest rate of early school leavers in the EU. 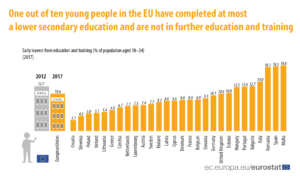 Referring to the party’s European Parliament elections manifest, the PN also said that it had put forward a number of proposals to address the skills gap issue.

PN MEP candidate Peter Agius said that 200 Maltese bee keepers have fallen victim to ‘copy paste’ European laws as they are no adequate in their case.

The MEP hopeful explained that these laws had been designed for Poland and France, two countries where the agricultural sector is 100% larger than the Maltese. This makes it impossible or Maltese to benefit from European financing which is a subsidy of €125 for every bee hive.

Agius added that EU regulations should have been adapted to suit our unique situation and to assist the Maltese bee keepers in their efforts to protect the Apis Mellifera Rutneri, which is a common bee in the Maltese eco-system.