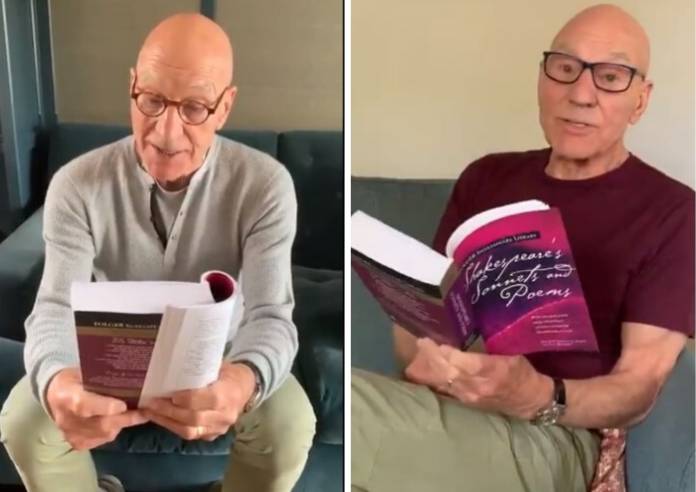 English actor Sir Patrick Stewart is famous all around the globe for playing Captain Jean-Luc Picard in Star Trek: The Next Generation and Professor Charles Xavier in the X-Men series.

Notable Shakesperian roles include Macbeth, Prospero in The Tempest and the title role in a race-bending production of Othello (as a white Othello with an otherwise all-black cast).

Stewart is also well-known for having one of the best voices in the business.

And now you can get to hear his voice every day, as he has decided to read one of William Shakespeare’s sonnet on Twitter each day from his home.

Have you got what it takes to be a roaring voice?