One of the two tenders published concerning Marsalforn breakwater has already been taken offline. Gozo Minister Justyne Caruana however insisted that there was nothing wrong with the tender arguing that there it was not recalled, and that there were only some changes to the details.

Newsbook.com.mt had reported that one of the two tenders published concerning the studies required to build the Marsalforn tender was no longer available on the government websites where tenders are published. When Newsbook.com.mt asked a spokesperson for the Ministry of Gozo why the tender concerning geo-technical investigations in relation to the building of the breakwater, was not online, with the spokesperson replying that the Gozo Ministry processed the two tenders separately. The tender on the Environmental Impact Assessment study is still available online.

Gozo Minister Justyne Caruana told Newsbook.com.mt that the difference between the initially published tender, and the amended tender concerned the number of tunnels to be dug up, with the amended tender requiring studies about two more tunnels to be dug up. Despite the Minister insisting that both tenders are available online, until the time of publishing only one tender was available.

Caruana insisted that there was a distinction between the Ministry of Gozo and the Procurement Office, with questions regarding tenders published should be addressed to the latter, since the tendering process is independent of the Ministry.

Newsbook.com.mt had asked the Ministry about the missing tender, however this newsroom was told to get in touch with the Procurement Office. 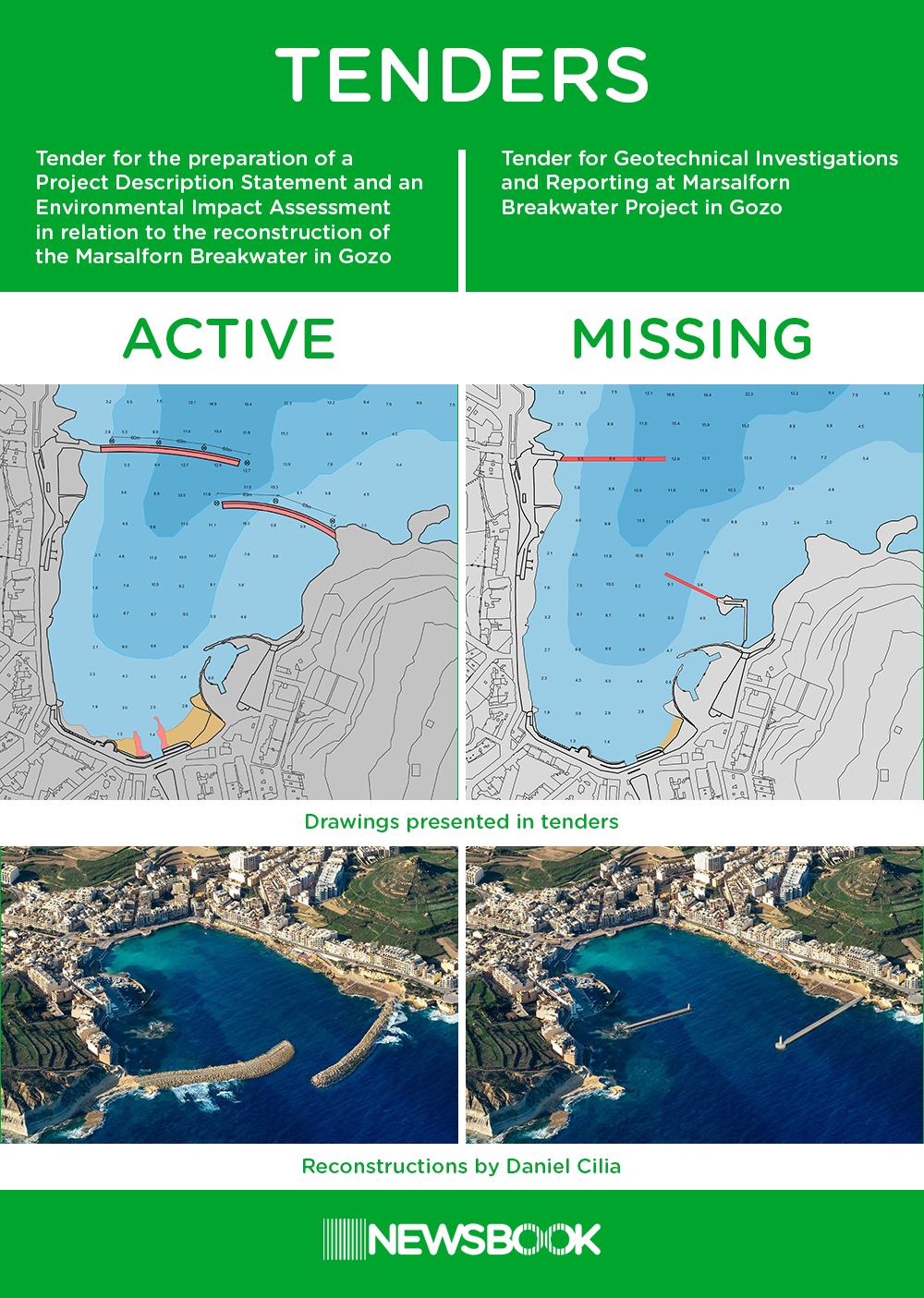 On Saturday 19th, speaking during a Press Conference on site, which Newsbook.com.mt happened to not be invited to, Minister Caruana said that two tenders were released by the Government in preparation for the submission of a Development Application with the Planning Authority. This with the final aim of building a long-awaited two-pronged breakwater in Marsalforn, serving to shelter businesses and the bay itself, which is also set for embellishment alone with the Marsalforn promenade.

Deputy Mayor for Żebbuġ Daniel Cordina voiced his concern about the possibility that building of the breakwater, would lead to the accumulation of dirt in the bay.

Staff Reporter   August 12, 2020
Ryde is the latest ride-hailing service to hit Malta’s shores and, according to its promoters, it is revolutionizing the way we view sustainable mobility in Malta.