A warning for moderate to heavy rainfall has been issued by the Met Office on Monday. The warning is valid until 10pm.

According to the meteorological office at the Malta International Airport, rain is forecast to last from today until Thursday.

This newsroom is informed that traffic on Coast Road and Triq id-Dolmen in Buġibba has also been diverted due to flooding.

Maltese Islands Weather explained that the forecast on Sunday showed that a week of instability lies ahead. An incursion of cold air from the north will clash with the warm sea locally, leading to the development of a vigorous low pressure system over the central Mediterranean.

The rain is a result of this cold front which will move across the islands. A period of steady rainfall, which will be heavy and thundery at times, is expected. 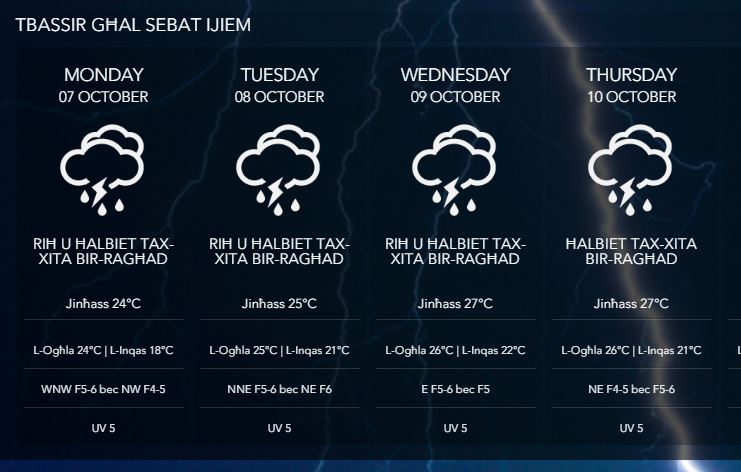 It is expected to rain mainly in the late afternoon through early evening. Isolated showers, possibly heavy at times, are also possible at any time during the day.

John Paul Cordina   August 4, 2020
In a prelude to the annual lampuki season, which runs from mid-August to the end of the year, free palm fronds have once more been distributed to fishermen by the Fisheries Ministry.