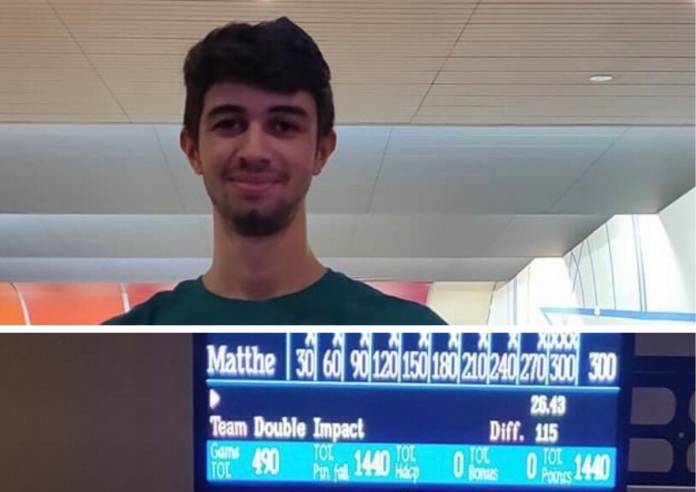 After the forced long break due to COVID 19, the competitive local ten pin bowling season is off to a flying start, with the Cisk Lager Doubles League organised by the Eden Super Bowl, with some very high scores showing that the bowlers, who have resumed training for the past couple of  weeks, are getting back on form.

By far the highlight of the first day was the performance by 18-year old-Matthew Magro, who claimed his first perfect game of 300, to become the youngest ever Maltese bowler to achieve this, also breaking his own record series of 756. With his team mate Sue Abela also bowling a strong 684, Double Impact had no trouble beating South Core, with 12-year-old Kayden Lagana shooting a high 589 series for the losers.

World Senior Champion Mark Spiteri came close to matching Matthew, with a 298 game,that helped secure a 6-2 win for Generation XYZ against Class of 99.  Teams Volkswagen and Swisslion also secured 8-0 victories against Lacoste and Bowling for Soup respectively, while 6-2 wins were registered by Team Gillette against King Pins,  and Team Red Strikers, with the two 13-year-olds Chris Fenech and Julian Baldacchino overcoming first game jitters with good second and third games to see off team Olympics.

The Cisk Lager Doubles League continues every Wednesday evening at 8.00 pm at the Eden Super Bowl, with strong sanitisation measures everywhere to ensure that all patrons can enjoy their time there in the safest way possible.