During this episode of Take a Bow, Malta Jazz Festival Artistic Director Sandro Zerafa explains how the usual yearly masterclasses will be split into two groups this year – online and live.

Moreover, an exhibition called ‘Notes from the Harbour’ curated by Joe Smith will feature works by five photographers and two painters together with memorabilia and video footage from the festival. The exhibition, which depicts the history of the festival throughout the years will be partly held at the Pheonicia Hotel as well as online through a virtual exhibition space.

Finall, Zerafa also speaks about The City Jazz Series – a live concert series which will consist of midday and evening concerts throughout festival week, with performances from both local and foreign acts, including the William Smith Trio, PlaKard, Vincent Bourgeyx, Jeff Ballard, Dominic Galea, Hetty Kate and many more. 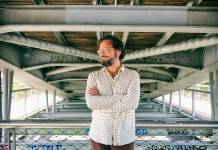 The Malta Jazz Festival is organised by Festivals Malta and is taking place between the 13th and 18th July. For a full programme, you may check out their Facebook page or Festivals Malta’s official website.

Watch: “The richness of our architectural heritage is our inspiration”