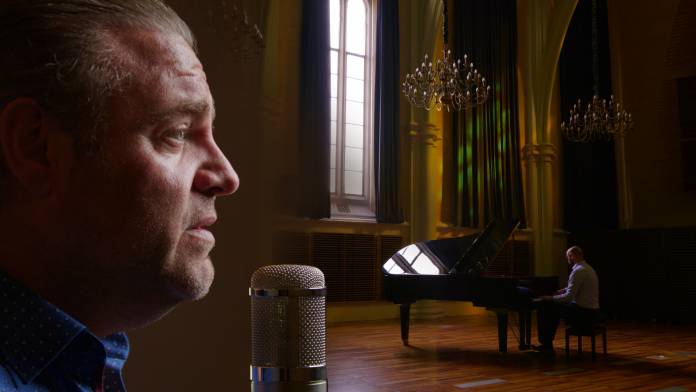 A lead singer in his own right, Cauchi is joined by world-acclaimed Maltese tenor Joseph Calleja and the MPO as they perform a Maltese version of this musical number translated by Michael Spagnol, a pioneering figure in the promotion of the Maltese language.

Minister for Tourism Julia Farrugia Portelli explained how this production represents and amalgamates together the optimism and courage of a united nation but also a substantial part of the work currently being done by the Ministry for Tourism to attract different niches of tourism including the art, culture and religious tourism.

Minister for National Heritage, Arts and Local Government José Herrera said that they were there to deliver a message of “courage and positivity.”.

MPO Chairman said that The Malta Philharmonic Orchestra (MPO) is utilising restrictions imposed by COVID-19 as an opportunity for innovation.

“Indeed, the cancellation of concerts has offered a unique time period to focus on core elements of the orchestra’s mission, ensuring that we can sustain our music-making even into the new digitalised world. Music has the power to transform the world, and so does a smile. Hence, we deemed it apt to convey, through this art form, a message of positivity empowering each one of us to overcome these challenging times,” said Mifsud.