A 43-year-old Italian national was arraigned in court before Magistrate Doreen Clarke. A second European Arrest Warrant was issued against Ricci from which the mafia conspiracy charge was dropped.

Earlier this year a decision to extradite Ricci by a Magistrate’s court was overturned by the Criminal Court of Appeal. Magistrate Donatella Frendo Dimech had upheld the request for his extradition in May, ruling that the legal prerequisites had been satisfied. The decision was later appealed. 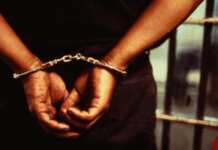 Madam Justice Consuelo Scerri Herrera had upheld the argument put forward by Ricci’s defence counsel that the Italian authorities had not concluded the investigations so the Maltese court could not decide to extradite him thus overturning the magistrate’s decision.

Ricci has been living in Malta for the past 10 years. His family is also in Malta, with his children attending school here and both himself and his wife working in Malta. He was arrested on Friday after the police turned up at his Swieqi residence to execute the European Arrest Warrant.

During the heated sitting on Saturday morning, the court heard both Police Superintendent Christopher Galea Scannura and Police Inspector Mark Galea from the international relations unit.

The court was informed that an EAW was issued by Madam Justice Caterina Catalano from the Pre-Trial Investigation, Reggio Calabria, Italy. Ricci is wanted by the Italian authorities. A copy of the EAW was presented along with the Schengen Information System’s Alert.

The Attorney General’s certificate to execute the EAW was also presented in court.

Police Inspector Mark Galea explained that there was an alert on the Schengen Information System. He stated that the police were informed that the EAW against Ricci had been updated. This information was passed on to the Attorney General’s Office which issued a certificate according to law and a warrant to execute Ricci’s arrest.

Galea explained that the Maltese authorities had requested the Italian authorities to change the status for Malta for the arrest to take place. Since the first EAW request was not upheld, the system showed that Ricci could not be arrested in Malta.

During cross-examination, lawyer Arthur Azzopardi sought to establish the time during which the status change occurred. Galea explained that this was a technicality which could allow for the arrest. He explained that there are two alerts – one to stop a suspect and question them and one to detain a suspect. From the documents presented in court, the time when this change occurred could not be established.

Lawyer Franco Debono stressed that establishing such a detail was crucial in these proceedings. He argued that it was important to establish whether the change occurred before or after Ricci’s arrest.

‘When did the alert change? Was it changed? Was it the same? – this is a crucial detail in the validity of Ricci’s arrest,’ Debono argued.

Magistrate Doreen Clarke ensured that the man arraigned in court was indeed the same person who was sought after by the Italian authorities. 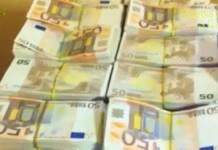 Request for bail turned down

The defence counsel put forward a request for bail on behalf of Ricci. Lawyer Franco Debono stressed the importance of a man’s freedom, noting that in the first case, the client had been denied bail, only to have ‘languished in prison’ before a superior court overturned the extradition request.

Prior to the submissions, the defence asked the court if Police Superintendent Galea Scannura could take the witness stand.

Debono asked Galea Scannura whether the accused was given the wrong documents when the police turned up outside Ricci’s residence. Dr Mercieca interjected and objected against going into the content of the documents, highlighting that it contained sensitive information.

Dr Stephen Tonna Lowell remarked that Ricci was given the wrong documents when he had to be given the conclusions of the investigation. The Police Superintended replied that the accused had drawn their attention.

During cross-examination by Dr Mercieca, it emerged that the Police had notified Ricci on Thursday.

His daughter had opened the door for the police at around 3.30pm. Galea Scannura told the court that he had told the accused’s daughter that he had to hand some confidential documents to Ricci. He then spoke to the accused over his daughter’s phone as he was told that he was not there.

It was only later that Dr Azzopardi informed Galea Scannura that Ricci was at home when he came over.

Ricci himself took the witness stand on request by the defence counsel. Magistrate Doreen Clarke posed the questions which the defence put forward to her. During his testimony it emerged that he has been living in Malta for ten years. Both himself and his wife work in Malta. It also emerged that his children attend school in Malta. Further from the first EAW until now he had not left the country.

During the bail submissions, Dr Debono pointed out that despite being cleared by a superior court, Ricci remained in Malta during that period even though he could have absconded if he wanted to.

Lawyer Matthew Xuereb appearing for the AG’s Office said that no one was contesting the fact that Ricci had remained in the country. He explained that the AG’s Office was approached by Italian prosecutors on the case as the investigation in Italy was closed. He added that in the cross-border investigation millions in assets were frozen.

In the operation by the Italian law enforcement agency, Guardia di Finanza, over €400 million were requisitioned by order of the Court of Reggio Calabria. The investigators found current accounts, real estate in Italy and abroad, a financial portfolio of hundreds of millions of euros, plus three Maltese companies hidden in two trusts.

Dr Debono in his submissions referred to the operation, adding that the Calabrian court had dropped the mafia conspiracy charge. The first EAW had a mafia association charge which was not present in the second EAW. He argued that the prosecution was ‘clutching at straws’ and that there were no reasons in this case to deny the man bail. The defence counsel also said that the client was willing to have a third party guarantee for his bail bond.

The court then retired to the chambers, returning with a decree rejecting the request for bail. The court pointed out that while the circumstances leading to the second EAW were different from the first EAW which had led to Ricci’s first arraignment, resulting in a rejection to the request put forward by the Italian authorities.

The Court denied bail at this stage, since the present proceedings referred to a crime under Italian law which is subject to a maximum jail term of seven years, namely the conspiracy for the purpose of tax evasion. The court noted that there was the fear that Ricci might try to avoid criminal proceedings.

Ricci was remanded in custody.