‘We should use the Apostolic visit to Malta by Pope Francis as an opportunity to let our expose our values,’ Prime Minister Robert Abela said in a video message on Monday after the Papal visit to Malta was formally announced during a Pontifical Mass at the Collegiate Parish Church of St Paul’s Shipwreck in Valletta.

Prime Minister Abela said that at the heart of Pope Francis’ teachings one finds solidarity, tolerance and civil rights. He added, that the government shares the same values. 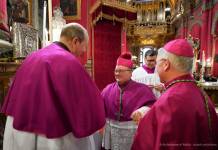 ‘This visit should be an opportunity for us to show the values we cherish as a nation,’ Prime Minister Abela said.

The government welcomed the news with Prime Minister Abela saying that whenever the Holy Father visited the country, ‘it was an opportunity for the country to unite and an occasion for us to forget our differences’.

Prime Minister Abela said that this visit should serve as an opportunity to foster national unity.

The formal announcement was made in the Vatican as well as in Malta at around 11am. The Papal visit is scheduled for 31 May.

Papal visit in the offing 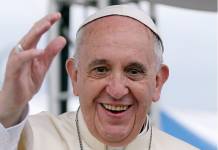