The bishop was surprised during a special programme aired on 103 Malta’s Heart on the eve of his Episcopal Consecration. The initiative was led by Newsbook.com.mt. 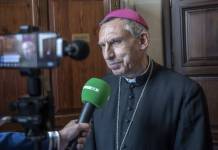 Juventus Club Malta secretary Joe Shields was invited to 103 Malta’s Heart studios during the special programme which was hosted by Fr Joe Borg and Sylvana Debono. Shields congratulated Teuma on his appointment.

Dun Anton is known to support the Italian giants Juventus which won this year’s Italian league. 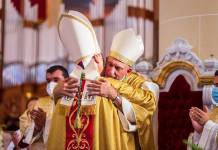