JCI Malta’s music marathon has come to an end with the organization managing to raise €700 towards realizing its ambition of placing a Pets Cabin at Mater Dei Hospital.

Today’s event was inspired by the intention of creating a specially designed cabin at Mater Dei Hospital, aimed at bringing patients back together with their pets.

The donations were gathered from patrons visiting the Hard Rock Café in Bay Street, across the last 12 hours from 11AM.

He added that, ‘it brought us one step closer to having patients at Mater Dei Hospital be reunited with their pets. Such projects wouldn’t be possible without the help of our dedicated volunteers and partners one of which was 103 radio station. JCI Malta remains committed to creating more positive change around the island through this unique project and others in the fields of business and public speaking.’

The 12-hour charity marathon in aid of raising funds for the pet cabin at Mater Dei Hospital, has kicked off at the Hard Rock Café in Bay Street.

The event, organized by JCI Malta (Junior Chamber International), supports the Reunited Pet Cabin project, a scheme which helps to reunited patients with their pets during their medical recuperation. The project is also aimed at helping patients to participate in pet focused therapy sessions.

Helping to raise funds, JCI Malta has managed to bring together a mix of different local music acts and bands including everyone from Relikc to Luke Chappell and Peter Borg.

103’s Channel Manager Arthur Caruana said, ‘It was a pleasure for us supporting the organizers and all those involved in this project. On a personal note as a person who has a dog, I do understand those undergoing treatment at the hospital would want to see their pets in such difficult circumstances. 103 will continue to support such initiatives, currently we teamed up with ALS Malta for the upcoming concert “Versatile for ALS’ with the aim of raising funds for a second Dar Bjorn in Malta’

The event is open to the public with citizens encourages to donate by sending a blank SMS text message. 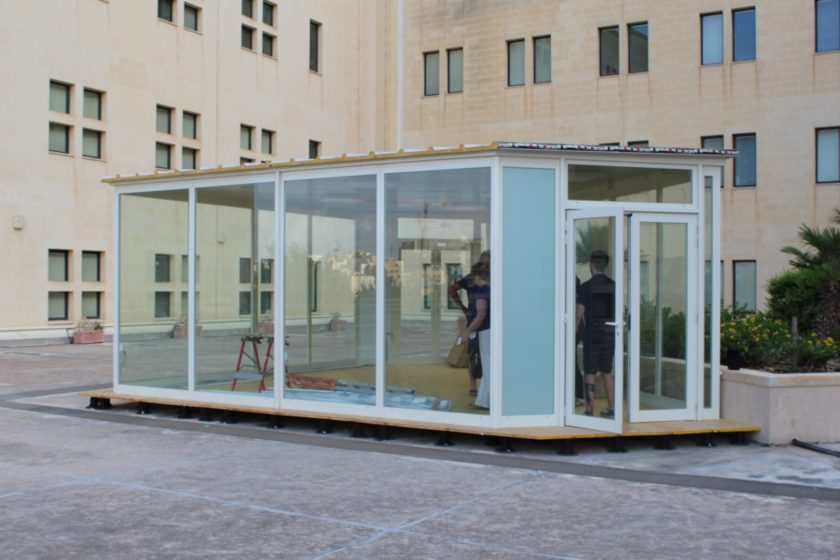 If you wish to contribute, you can send an SMS to one of these contact numbers:

From its opening, the marathon has so far raised €242.

103 Radio is the official radio station for the marathon.

Raquel Galdes is opening the Marathon.