It is one’s right to commute by bike without risking their lives, Bicycle Advocacy Group President Michelle Attard Tonna stated during an interview hosted by Professor Andrew Azzopardi aired on 103 Malta’s Heart on Saturday.

Safe commuting to work and other places by bicycle is central to BAG’s advocacy work, Dr Attard Tonna explained. She remarked that all those who do not commute by a private car are “vulnerable” in reference to those cycling or using a motorbike.

“In Malta, we are obsessed to use one’s private car to go anywhere. We are worried we would not be there on time, if we don’t do so,” she observed.

Commenting on Malta’s size, Dr Attard Tonna highlighted the need for different modes of transport, noting that the use of private cars is leading to other problems; mainly pollution through emissions and lack of parking due to the country’s size. She compared the local situation to that abroad, highlighting that in other countries the importance of open spaces is acknowledged. People in other countries appreciate the importance of having open spaces and are used to walking and running errands on foot, she explained.

This leads to an abnormal situation, Dr Attard Tonna remarked, adding that it was unusual for people to be afraid to walk outside.

Further, according to the president of the Bicycle Advocacy Group, there is no political will to increase cycling in Malta since this does not affect the economy in the same way as owning a car.

At Newsbook Business Breakfast:
The danger for cyclists on the road is real – BAG President 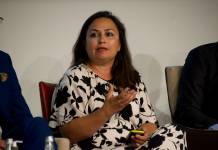 To have electric cars we need logistics and culture change – BAG

Even politicians are unhappy about the road-widening project