Özge Mumcu, daughter of assassinated Turkish journalist Uğur Mumcu, was among the speakers that addressed the activists on Thursday in the monthly vigil demanding justice for slain journalist Daphne Caruana Galizia. 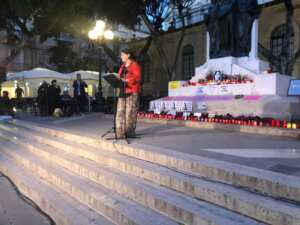 In a comment given to Newsbook.com.mt, Mumcu stressed on the importance of seeking justice and the need for the assassinations to be solved. Mumcu’s father was an investigative journalist for Cumhuriyet, a Turkish daily. He was assassinated in a car bomb just outside his house in Ankara at the age of 50 in 1993. Mumcu was survived by his wife and two children. The case remains unsolved with many hypotheses surrounding his assassination including the involvement of the Turkish deep state. His family established the Uğur Mumcu Araştırmacı Gazetecilik Vakfı or the Uğur Mumcu Investigative Journalism Foundation.

Speaking about the need to solve the assassinations and for the perpetrators to be brought to justice, Mumcu explained that it is necessary especially for future generations to find out who killed the definitely and who ordered her assassination. She also underlined the need of showing solidarity with the family of the victims, saying this gives them strength to continue.

During her address, Mumcu spoke about Turkey and Malta having the same impunity. She explained that her father as investigative journalist feared both for his safety and that of his family.

“A society grows great when old men plant trees whose shade they know they shall never sit in.” 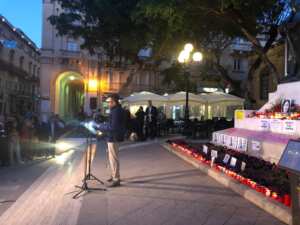 Lawyer Jacques Rene Zammit observed that slain journalist Daphne Caruana Galizia had stepped up her fight against corruption and impunity especially during the latest years leading to her death. He explained that Daphne through her work knew that it will benefit future generations. Addressing Daphne herself, Zammit said “you may not be here any longer. There are people though, who have built an idea and a dream around your premature exit”.

On a humorous note, Zammit ended his speech referring to campaign videos by PL MEP hopeful Lorna Vassallo who apparently had threatened to sue both Caruana Galizia and Zammit in the past.

“If you tremble indignation at every injustice, then you are a comrade of mine” 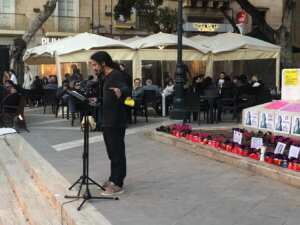 Citing revolutionary Che Guevara to those gathered at Great Siege Square for the monthly protest on Thursday, Julian Delia, a young activist imparted a passionate speech.

Delia encouraged the crowd not to give up on the struggle to free humanity from injustice. Speaking about the assassination of Caruana Galizia, Delia said that “her murder was an obvious example of the problems of our society”.

The young activist was reminded the activists that they are gathered in the hope that one day justice will be served for all the journalists who have been murdered.

Lawyer and Caruana Galizia’s friend Andrew Borg Cardona addressed the crowd speaking about the upcoming elections. In his speech, Borg Cardona recalled the first protest outside the Law Courts within hours of Caruana Galizia’s assassination. He underlined that the law courts remain the only shield against the ‘regime’. He also referred to the sweeping away of flowers every time the protest memorial is set up by the activists, the most recent being the removal of the word ‘justice’ from in front of the law courts.

Referring to the upcoming elections, saying that the most important are the upcoming elections for the European Parliament while the local council elections will be a means to send a message. He observed how former Prime Minister and MEP candidate Alfred Sant and Prime Minister Joseph Muscat had campaigned against Malta’s accession to the EU with the former freezing the country’s application. He also mentioned MEP hopeful Cyrus Engerer who was found guilty by the Maltese law courts. Borg Cardona stated that his vote will go to the MEPs who stood side by side with the activists since Caruana Galizia’s assassination.

Borg Cardona also referred to the brutal drive-by shoot out which left Lassana Cisse dead and two other injured.

Armed with posters illustrating Minister Konrad Mizzi and the Prime Minister’s Chief of Staff Keith Schembri, the activists held high the posters while chanting ‘shame on you’. This was done following a cue from activist and professor Vicki Ann Cremona who explained that the court accepted a request filed by rule of law NGO Repubblika and independently by PN MP Simon Busuttil. Later the activists hung the posters against the gates of the Law Courts. Cremona explained that had it been a ‘normal’ country Mizzi and Schembri would have not been allowed to hold office after the revelations. 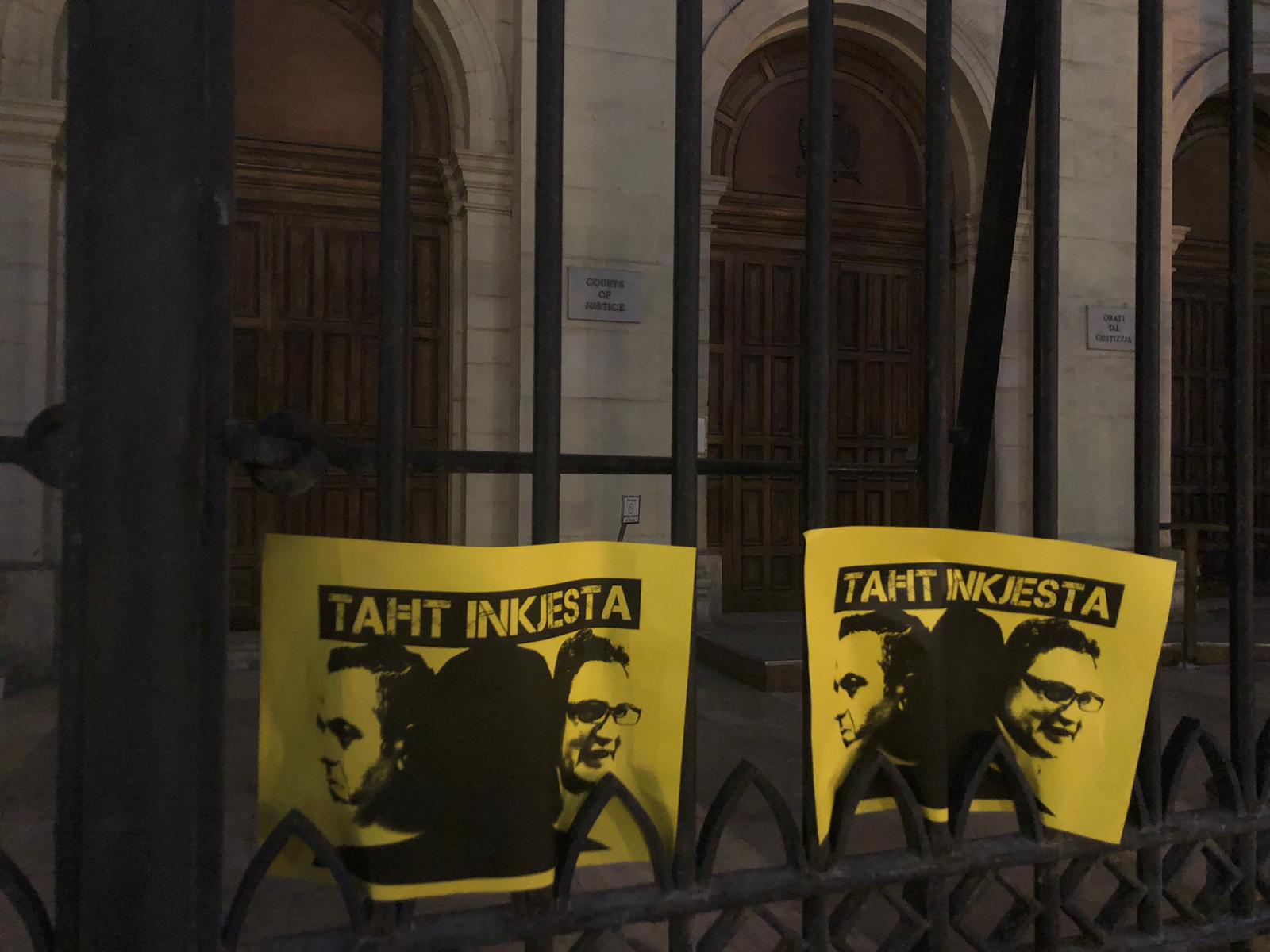