The Committee Against Bird Slaughter (CABS) is urging the Maltese government to close the trapping season for Golden Plovers. This is because the team has witnessed massive abuse in the last nights. It added that it will continue its investigations in order to open a complaint for an alleged breach of EU law by Malta, as well as to provide evidence for court proceedings against the owners of the trapping sites.

The abuses witnessed include extensive use of illegal bird callers, night trapping outside the permitted hours, contravening the quota (reporting requirement) for trapped birds, as well as illegal sales of wild caught Golden Plovers (Pluvieri) on the website Maltapark.com. 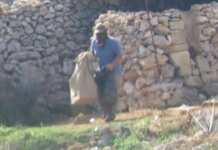 CABS released a video documenting illegal night trapping of Golden Plovers. The footage which has been filmed with a thermal imaging device shows trappers sitting in their hides and waiting for birds in the middle of the night, when all trapping and hunting is banned. 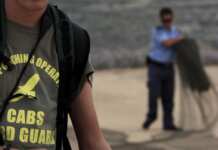 The press release stated that CABS has received more than a dozen reports from members of the public complaining about loud bird callers used for illegal hunting and trapping. These reports were confirmed by CABS teams who mapped a record number of 35 locations from where illegal bird callers for Golden Plovers can be heard. The highest densities of active sites were located around Siggiewi, Delimara, St Thomas Bay, Mgarr, Bahriija, Qrendi, Rabat, Fiddien, Burmarrad, Maghtab, Safi, Zurrieq and on Gozo San Lawrenz and the Ta´Cenc plateau.

CABS went on to say that large sites are being manned 24/7. Furthermore, in contrast to Golden Plovers, who are most active during night hours, the ALE (the police unit responsible for enforcing trapping regulations) only works during the day. CABS Press Officer Axel Hirschfeld, a biologist, pointed out that plovers trapped outside the permitted hours are not being reported to the WBRU which is supposed to close the season when the official quota of 700 trapped birds is reached.

Illegal trapping has to stop – European Court of Justice 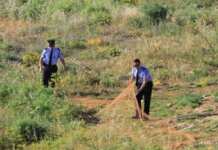 “This limitation and the strict supervision are the two key conditions for a derogation under the EU´s Birds´ Directive. But instead of enforcing these regulations the government obviously has decided to take the EU for a ride and hopes to get away with it”, Hirschfeld criticised.