On Monday, April 13 a large truck of a leading contractor/developer was seen dumping construction waste in one of Malta’s most pristine areas, that is Mtaħleb. The truck was accompanied by a bulldozer which then levelled the construction waste.

The incident of illegal dumping recorded on video and made available to Newsbook.com.mt is not the only time that such dumping took place.  On Wednesday April 15 at early in the morning trucks were spotted dumping construction waste in the same area. The trucks were driven at breakneck speed.

The Rabat Police Station was informed of what was happening and a policeman was sent to the area. Newsbook.com.mt sent questions to the police, but up till the time of writing, no answers were forthcoming.

Times of Malta on Monday reported that after a report was made to the Planning Authority an enforcement notice and daily fines had been issued.

Regarding this illegal dumping, the Environment & Resources Authority (ERA) issued a statement saying it had been alerted of a case of deposition of material which occurred in a site at Baħrija / Imtaħleb on Tuesday 14th April in the evening.

The ERA Compliance and Enforcement officers started an investigation of the said report and also got in touch with the Planning Authority’s Enforcement Directorate to inform them of the case. The following morning on Wednesday 15th April, ERA enforcement officers issued a verbal stop order to the contractor and site owner. After further investigation it was established that the site is not a Special Area of Conservation (SAC), the land was instead disturbed and had evidence of earlier dumping.

ERA said that while the land is not an SAC, it has issued a formal Stop and Compliance Order (OWK0022/20) in view that this case pertains to dumping of construction and demolition waste. 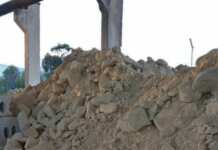 Newsbook.com.mt had reported that on November 16, 2018 five large trucks, a bulldozer and the car of one of the foremen of the company in question were dumping construction waste at Ta’ Qali near the abandoned factory of the Southern Concrete Ltd. The operation was aborted after a police car stopped one of the trucks at around 11pm near the Aviation Museum.

Journalists from Newsbook.com.mt had witnessed everything and reported all in great detail. The police later denied that an inspector in the police car had spoken to one of the truck drivers, a contact which our journalists witnessed.

Newsbook.com.mt published the number plate of the trucks and revealed the place from where the construction waste was excavated. Questions were sent to Bonnici Brothers Group (BBG) who answered by just saying that they were not aware of the illegal activity. 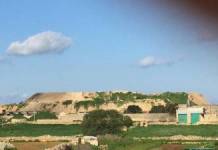 In December 2018 Newsbook.com.mt published a  video taken by one of its readers at a site in Qrendi showing trucks tipping construction waste illegally in broad daylight. The land in question was, according to our sources, a former quarry which was infilled with inert waste, another name for construction waste. 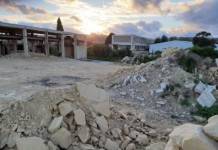 In January 2019 Newsbook.com.mt had reported a press release by Partit Demokratiku saying that the illegal dumping of waste in Ta’ Qali stopped, but it is now happening near the coast close to Siġġiewi.

“A site on the coast near Siġġiewi has been transformed into one of the latest targets, and irreparable damage to flora and fauna has been done,” state the then PD Leader Godfrey Farrugia. The PD also asked when the Police will be taking action.