PN Leader Adrian Delia and Nationalist Party Youth Movement (MŻPN) President Joseph Grech addressed PN councillors in an election between those who want a vote of confidence in Delia and an election for a new Party Leader.

The PN Leader was making his final argument for councillors to choose a vote of confidence instead of an election for a new leader in today’s General Council session.

While Adrian Delia focused his speech by giving an account of the major events under his leadership from September 2017 to now, Joseph Grech spoke about youth involvement and how the Nationalist Party needs a change in leadership. 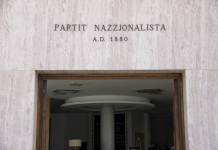 Delia insisted that he “rolled up his sleeves and entered this big challenge and never surrendered”. According to the Opposition Leader, he sacrificed even his family because he left the law career to start leading PN. He also spoke about his work in Court to bring back public hospitals from the sale which he described as being done corruptly.

On the other hand, Grech said that the PN needs a solid, credible leadership that could lead the Nationalist Party to an electoral victory and called on the Councillors to vote to elect a new leader.

As President of MŻPN and as one of those who supported Delia in 2017, Grech said he is disappointed because the Nationalist Party is not succeeding in producing good results.

The Nationalist Party has initiated disciplinary proceedings against MŻPN, after it published a statement and footage in which it called for embattled party leader Adrian Delia to be replaced. 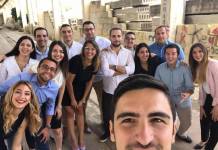