The Christmas lunch hosted by Caritas Malta mainly for those who don’t have anyone to celebrate Christmas with is one of the highlights of Archbishop Scicluna’s celebration of Christmas. Last year over 500 people accepted the invitation by Caritas.

During an interview on 103 Malta’s Heart Mgr. Scicluna invited the public to the essential message of the Christmas season, and to care for those in need.

The Archbishop visits and exchanges greeting with the participants after celebrating Mass at St John’s Co-Cathedral before joining his family for lunch.

The Archbishop also spoke about the liturgical celebrations during this period, including the Mass on the Vigil of Christmas at St John’s Co-Cathedral, the midnight Mass at the Mdina Cathedral on December 24th and the morning Mass on Christmas day. 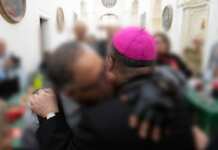 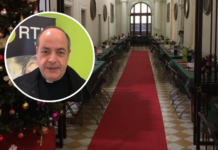 The significance of the crib

Archbishop Scicluna explained the apostolic letter the Pope released recently about the significance of the crib.

The Archbishop said that apart from talking about the different figurines used in the crib, the Pope also focused on the meaning of the environment of the crib- the cave, the animals, the stars, the trees.

“The Pope is stressing that God’s creation is part of the crib,” he added.

The Pope recalls that Baby Jesus was born in a manger, a place used for feeding animals. He referred to the presence of the shepherds, people that were cast away, who were first given the news that Jesus was born. The Pope also speaks of Joseph, Mary and Jesus the docile face of God. This shows how everyone is invited to connect and become close to Jesus.

Mgr. Scicluna said that during the Christmas season he often repeats the prayer of Saint George Preca, “God, I need you”. 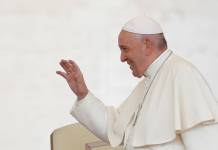