In light of the current circumstances, Heritage Malta and the Malta Tourism Authority have once again joined forces, this time to produce a set of unique productions intended to promote Malta’s historical and cultural heritage in international tourism markets.

Launched in the Ħaġar Qim temples in Qrendi, these productions shine a new light on renowned sites and museums in Malta and Gozo, by focusing on little-known facts and curiosities within them.

“We wanted to breathe new life into the narrative which surrounds the Maltese cultural heritage,” stated Minister José Herrera, “At the same time, these productions will also attract new tourists to our country.”

The productions have been filmed in Maltese and English, and thanks to the addition of subtitles in a variety of other languages, they will also be able to reach a greater international audience.

Minister Julia Farrugia Portelli stated, “This initiative we are launching complements the holistic strategy that is being adopted in tourism, where the Malta Tourism Authority is funding a number of projects with the aim of using them to promote Malta”. 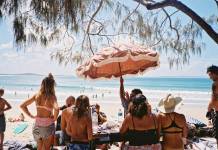 These videos will offer the public the opportunity to explore the most unique features of our sites and museums.

Heritage Malta Chairperson Anthony Scicluna noted that this collaboration formed part of a major marketing investment. “Once airports re-open, we’ll be ready to welcome tourists in the best way possible,” he said.

This collaboration is the latest in a series of projects by the two entities. Initiatives including the Taste History events, attracting a considerable number of tourists to the country, as well as Heritage Malta sites.