Today, a group of migrants were relocated from Malta to France.

This was initially announced on Twitter by the Prime Minister, and then later in a statement from the Ministry of the Interior, which explained that the relocation was carried out by an agreement between the two countries intended to reduce the burden of migration in Malta. They left Malta this morning on a direct flight to Paris and will continue with the asylum process in France.

It was explained that the transfer of the migrants could take place after the necessary preparations had been made by the Ministry of Interior, National Security and Law Enforcement, the French Embassy in Malta and the International Organization for Migration (IOM). These preparations also included medical examinations to ensure that none of the migrants were positive for COVID-19.

The Ministry also said that work is underway to transfer hundreds of other immigrants to other member states of the European Union in the coming weeks and months.

Today’s relocation took place at the same time as the European Commission is in the process of launching an updated immigration policy. It was said that the Maltese Government believes that sharing the responsibility of immigrants is part of the solution so that Malta does not bear the burden of immigration alone. 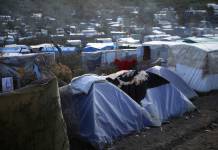