The government may claim to the contrary, but Malta Union of Teachers president Marco Bonnici is certain that the controversial decision to remove Malta’s Covid-19 coordinator Kenneth Grech was linked to his advice to keep schools closed after the Christmas holidays.

“I don’t believe in coincidences,” Bonnici told Newsbook.com.mt in an interview. He observed that the MUT announced an industrial dispute on Wednesday, teachers went on strike in the following two days and Dr Grech was transferred on Monday, and said that the timing was suspect.

When it announced the industrial dispute, the MUT had said that it was informed that a senior public health official had advised the Education Ministry to reopen schools virtually after the holidays, at least for the first two days, but the ministry chose not to follow this advice.

The MUT held a meeting with the government on Wednesday evening, but according to Bonnici, “we were literally thrown out and told that it was not ready to accept such a request.” Consequently, state school teachers went on strike for two days. 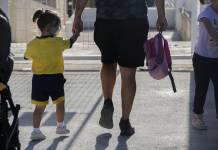 The strike ended after an agreement was reached on Friday evening, through which existing protocols in school were strengthened. It was also agreed that teachers would receive the Covid-19 vaccine earlier than previously planned.

But the reopening of schools was overshadowed by the news, announced by the Medical Association of Malta, that Grech – the official who had advised against opening schools after the holidays – has been transferred out of the Covid-19 public health response team.

The MAM strongly criticised the move, as have various other entities – including the MUT. The Health Ministry, however, denied that Grech’s removal was linked to his advice on schools, stating that Grech was being redeployed to work on securing EU funds for the healthcare sector. 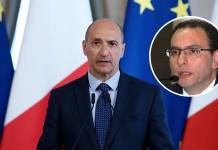 The government’s explanation failed to impress critics, and Bonnici said that he hoped that the authorities would not do away with respected public officials such as Grech just because they did not like his advice.

The MUT is thus insisting that Grech should be returned to his previous post.

It is not alone in doing so: similar positions have been adopted by Opposition Leader Bernard Grech, the Malta Employers Association and the Malta Health Network.

The MAM, meanwhile, has declared an industrial dispute over Grech’s transfer: an action the MUT is endorsing publicly. 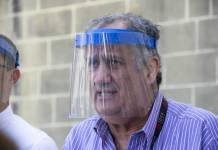