The applications for Mużika Mużika – Festival Kanzunetta Maltija are now closed. Festivals Malta announced that it has received a large number of submissions for this festival.

Minister for National Heritage, the Arts and Local Government José Herrera was pleased that this festival, despite its absence, generated a great interest as expected. “It is my pleasure to notice that Mużika Mużika will serve as an important platform for Maltese music,” stated Herrera as he congratulated all the composers, authors and artists who submitted their application.

TMużika Mużika – Festival Kanzunetta Maltija Chairman, Raymond Bugeja, commented that the festival had a very positive reception in our country and the volume of submissions received are a testament to this. “The trust and enthusiasm that composers, singers and authors have for this festival is evident,” concluded Bugeja.

The team at Festivals Malta will now start preparing for the second phase, with the first step involving the rigorous process of choosing the best 35 songs through an experienced jury. The artists of the chosen songs will then be contacted to for a semi-live performance accompanied by a backing track in front of a different set of professional judges. These judges will then choose the 20 songs that will move on to the semi-final of the festival in March 2021.

Festivals Malta and the Ministry would like to thank all those who have submitted their application, as well as the entire team for their dedication and enthusiasm, which ensure that this festival is a success. 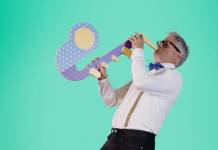 Watch: “The richness of our architectural heritage is our inspiration”