The government has issued a public call for tenders for a ferry service would connect Gozo to various Maltese ports after scrapping its original plan for a fast ferry to Valletta.

Speaking to Newsbook.com.mt, Gozo Minister Clint Camilleri said that rather than cancel a promised ferry service, the government was actually extending it, connecting Gozo to other seaside localities. Transport Malta had designated Marsaxlokk, Ta’ Xbiex, St Paul’s Bay, St Julians, Valletta and Gozo as mandatory parts of the proposed network.

Contrary to original plans, which would have foreseen the use of fast catamaran ferries, the call does not specify which ferries would be used, but Camilleri emphasised that “nowadays, all ferries are fast.”

Newsbook had revealed that the winning bidder would be granted exclusive berthing rights along the network during the 15-year period of the concession, which is estimated to cost some €115 million. 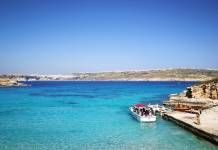 In a statement, the government announced that Camilleri had held a meeting with Transport Minister Ian Borg to discuss “the necessity of better and more efficient transport between the two islands.” The two ministers were reported to agree that Gozo Channel had a future and needed to continue growing stronger to carry passengers and vehicles, as well as cargo, though also focusing on the proposed Malta-Gozo tunnel.

But the Nationalist Party declared itself unimpressed by the government’s plans, stating that it had deceived Gozitans by promising the fast ferry – a key electoral promise – and then failing to deliver. 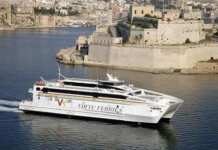 In an interview with Newsbook.com.mt last October, Camilleri’s predecessor Justyne Caruana was adamant that the fast ferry service would be implemented. 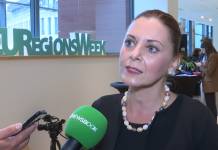