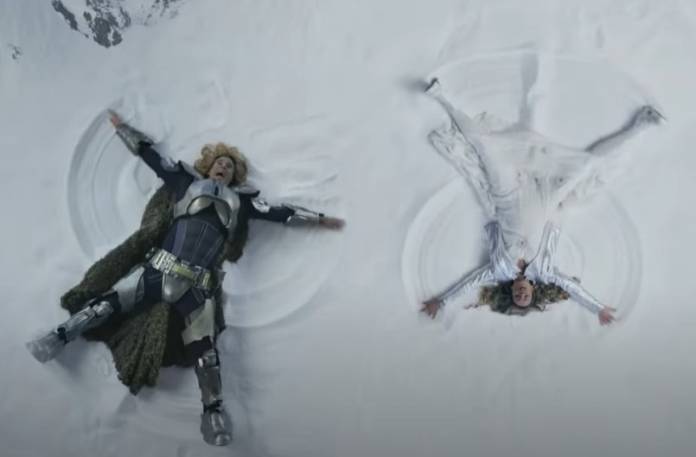 As a teaser for its original comedy film, Eurovision Song Contest: The Story of Fire Saga due to be released in June, Netflix has unleashed a hilarious music video starring two of its stars, Will Ferrell and Rachel McAdams, who play fictional singers Lars Erickssong (Ferrell) and Sigrit Ericksdottir (McAdams), a.k.a. Fire Saga

The song, called ‘Volcano Man’, sees Ferrell and McAdams playing synth-infused pop, wearing silver costumes and OTT make up and generally gallivanting about by a cliffside in Iceland.