Today being World Book Day, Newsbook.com.mt asked San Andrea School librarian Robert Pisani why it is important – for both children and adults – to see reading as a pleasurable activity, rather than just a chore. 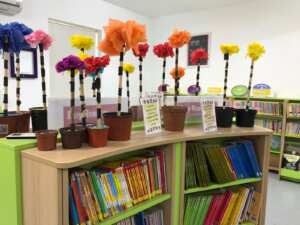 The original idea was of the Valencian writer Vicente Clavel Andrés as a way to honour the author Miguel de Cervantes, first on the 7th October, his birth date, then on the 23rd April, his death date.

In 1995 UNESCO decided that the World Book and Copyright Day would be celebrated on the 23rd April, as the date is also the anniversary of the death of William Shakespeare and Inca Garcilaso de la Vega, as well as that of the birth or death of several other prominent authors.

Watch: The Fox and the Goat – reading by My Storytime

Little Stars Library to deliver books to children at home

Watch: Authorities urged to intervene to save historic Fgura farmhouse