To commemorate the third anniversary of the assassination of the Maltese investigative journalist, Daphne Caruana Galizia, the European Parliament has launched a prize to reward journalism reflecting EU principles and values. 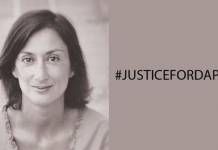 The purpose of the prize is to distinguish outstanding journalism that reflects the European Union’s principles and values, as enshrined in the European Charter of Human Rights.

Even though the prize is initiated and supported by Parliament, it will be managed by an independent EU-based media partner in order to protect the independence of the prize and the work of the media.

The European Parliament explained how it considers that protecting press freedom around the world, and particularly that of investigative journalists whilst exercising their duties, is in the vital interest of democratic societies.

It was further explained that soon the European Parliament will begin selecting an independent organisation to establish the detailed criteria for awarding the prize and decide on who will sit on the jury.

A call for tender to select such an organisation will be launched before the end of 2020.

The call for nominees for the prize will be launched in May next year and the annual award ceremony will take each year around the anniversary of Daphne Caruana Galizia’s death. 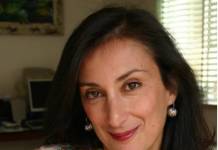