Regarding the possibility for schools to go online, Education Minister Justyne Caruana said that it is up to the Malta Union of Teachers, MUT and its members.

In a reaction the Union for Professional Educators – Voice of the workers said that the this is not true since educators in Church Schools and Independent Schools are delivering lessons online.

Graham Sansone UPE in a video message explained the conditions teachers have to work in because of Covid-19. He said that educators do not deserve to be treated in such a way by a politician let alone by the Minister of Education.

Replying to journalists Minister Caruana said that there is already the virtual school in place but it all depends on MUT, She said that discussions with the union regarding online learning took place in the past weeks and months but MUT raised issues. 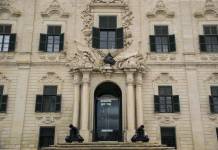 Asked whether state schools have the ability to go online overnight, Minister Justyne Caruana said that the systems are in place but it depends on MUT. Caruana also said that she is glad that MUT is now revising its position regarding online learning.

Caruana admitted that when schools had to go online due to the coronavirus pandemic, it was an exercise which in some cases was successful and where it should have worked out better.

Asked about the claim made again by MUT, that the Education Ministry ignored the advice given by Health Authorities, Minister Caruana said that this is a matter of public health and if authorities give the advice to not reopen school then the government will adhere to that advice. 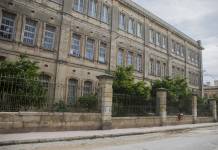 Minister Justyne Caruana stopped answering questions as she was late for a meeting at Castille.

No access to classrooms for 320 million school children – UNESCO