Adrian Delia’s younger brother Anthony – a St Paul’s Bay local councillor – has resigned from the Nationalist Party after calling the leadership election that saw Bernard Grech succeed Delia as an exercise to eliminate his brother.

In a video published on Facebook, the younger Delia said that the PN was no longer the party which he represented last year, because it no longer believed in democracy.

He confirmed that he will stay on as an independent member of the local council, appealing particularly to those who did not feel comfortable in either of Malta’s major parties.

The former PN leader, meanwhile, has confirmed his intention to contest the next general election under the PN banner. He has also pledged to work with Grech in the best interest of the party. 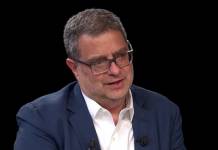