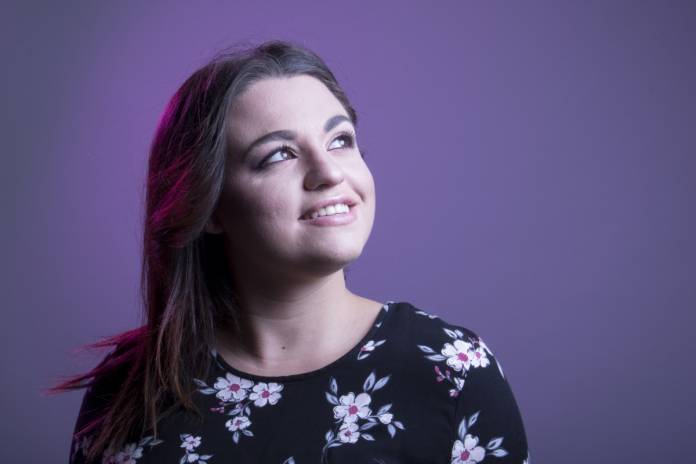 Ten years ago, singer Danica Muscat was a 15-year old with a number of Malta Junior Eurosong contests behind her; the most notable being the one where she sang ‘Stolen’, which focused on the abduction of young Madeleine McCann.

However, a few months later she gained fame for being a participant on Italian Television station Canale 5’s flagship talent show ‘Io Canto‘.

Danica says that it was Rita Signorino, her vocal coach at the time who encouraged her to make the first move, after the Signorino had invited a talent scout over to Malta with the aim of choosing one young artist to take up to Italy.

Danica was chosen and whisked away to perform in front of renowned director Roberto Cenci, without knowing one word in Italian. She sang ‘My Heart Will Go On’ and ‘In Assenza di Te’, and was offered a contract that she couldn’t refused not too long after.

Danica was the first Maltese singer to take part in an international series of a foreign television station.

Now, a decade later, she received a message on Facebook from Giada’s father – Giada having been one of the participants during the first edition – where he asked whether she would be interested in re-recording the theme song of ‘Io Canto’.

She did not take long to say yes, adding that: “after 10 years of not meeting up, it was certain that a lot of beautiful memories would come flooding back! And that’s what happened… apart from noticing how much we have changed.”

Danica has indeed changed during over these past few years, having become a mother to Roen, to whom she dedicated a song to at the Malta Eurovision Song Contest, ‘Close Your Eyes’ which was penned by Emil Calleja Bayliss to the music of Elton Zarb.

She had also finished in third place at the Summer Hit Song Contest 2015 with the song ‘Amour’ written by Philip Vella, and also finish in second place in the most recent edition of the Konkors Kanzunetta Indipendenza with ‘Sfumaw‘, also composed by Philip Vella and written by Emil Calleja Bayliss.

This content was supplied by Ironic PR & Artist Management