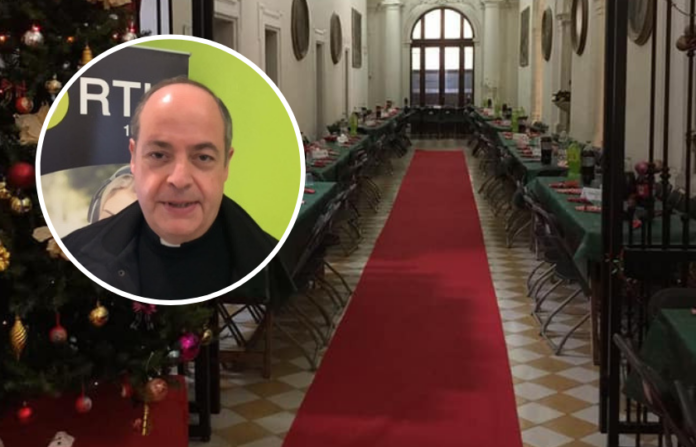 Auxiliary Bishop Joseph Galea-Curmi stated that the Caritas Christmas meal for those who are alone on Christmas Day served as an inspiration to many parishes around Malta which took up similar initiatives.

Speaking to Newsbook.com.mt, Galea-Curmi said that he had met a nun from the Missionaries of Charity founded by Mother Theresa who had told him that they had prepared a meal for 30 guests in Cospicua. He also mentioned another meal which is organised in Balzan for all those who are alone or seeking company on the Epiphany.

The Auxiliary Bishop told Newsbook.com.mt of his experience at the Caritas Christmas meal for which he was also present saying that he had the opportunity to meet and listen to those present who shared their life experiences with him. He explained that there were a myraid of situations why one would feel lonely, speaking o those who had lost a loved one, or whose children were abroad as well as the foreigners living in Malta, among other situations. Galea-Curmi said that the number of those that attend the annual people created a welcoming family for all. The bishop was interviewed on Ta’ Kulħadd, a radio programme broadcasted on RTK 103FM and presented by Massimiliana De Martino.

The Bishop reminded that everyone is called upon to remember all those who are experiencing solitude explaining that by welcoming people passing through such a difficult time in one’s home would be a positive experience for them. He added that while it was extremely positive when such initiatives happen during the festive periods, it was equally important to keep up such activities throughout the year.

More than 550 guests attended the annual meal organised by Caritas Malta at the Archbishop’s Curia. Among those who attended were children accompanied by their guardians or parents. Last year 400 people had attended.

New dates for Church Schools Ballots; Event to be streamed