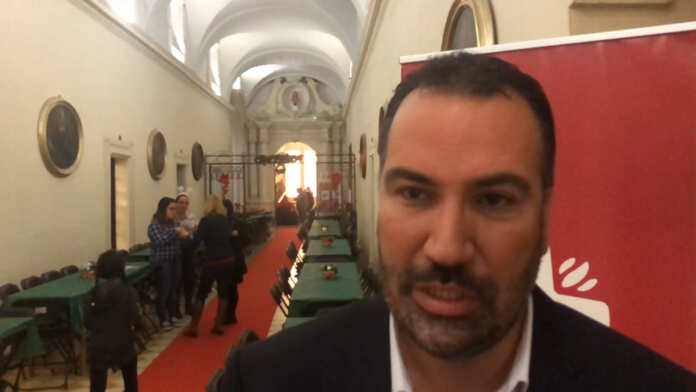 Caritas Director Anthony Gatt expressed his wish when one day no one would turn up to the annual Christmas lunch organised by the Church at the Curia for those who are lonely and have no one to share the day with. Gatt was interviewed by Newsbook.com.mt while preparations were in full-swing at the Archbishop’s Curia in Floriana. In his comments, Gatt said that a lot of people turning up to this lunch did not mean a “success” but rather it signified that a lot of people were experiencing loneliness in their lives.

According to Gatt more than 500 people are expected to turn up at this year’s lunch on the occasion marking the 50 year anniversary of Caritas. Among those who already signed up, one finds children who will be accompanied by their guardians or parents. 400 participated in Caritas Christmas lunch in 2017.

Gatt encouraged the Maltese to empathise with those experiencing loneliness and invite them over to their homes during the festive season. He further explained that families can help other family members by inviting them over and uniting during the holidays.

Explaining the work of the organisation done in relation to those experiencing loneliness, Gatt said that Christmas lunch helps those who are lonely lunch in a family setting and briefly come out of their loneliness. He explained that while people suffered from loneliness all year round, during the Christmas season its particularly terrible given that these days are usually spent with family and friends.

Archbishop Charles Scicluna thanked all the archpriests and chaplains around Malta and Gozo for organizing local initiatives addressing the issue of loneliness. Mgr Scicluna remarked that while loneliness cannot be completely eradicated, one benefits from the sense of community especially during this time of the year.