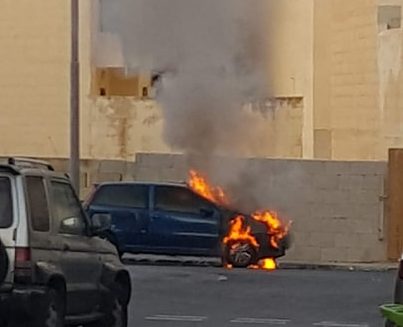 Although no one is believed to have been injured from the incident, a lot of damage was dealt to the car.

Witnesses stated that the Police and members of the Civil Protection Department arrived immediately on site.