The Committee Against Bird Slaughter (CABS) said that since the beginning of the hunting season its staff and volunteers have observed numerous illegalities such as the widespread use of illegal bird callers and attempts to kill protected bird species such as Hoopoes, falcons, Marsh Harriers and Turtle Doves.

The Committee Against Bird Slaughter has released footage which documents dozens of cases of illegal bird trapping and hunting recorded by its teams since March.

The footage also shows a poacher hunting during the closed season near Ghar Lapsi. According to CABS, the man works as a prison guard in Corradino Correctional Facility.

On Tuesday, CABS found and reported another active trapping site for protected Hawfinches in a field near the Malta International Airport, said CABS in a statement published on Wednesday.

CABS explained that when the trapper saw ALE coming he took the caged finch decoys and left the site.

ALE officers removed the trapping nets and CABS passed video evidence and the number plate of the trapper to ALE for court proceedings. 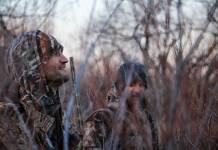 Also, on Easter Monday in a valley close to Birzebuggia, CABS said they found a female Kestrel which was suffering from shotgun injuries. The bird was handed over to Birdlife Malta for treatment.

Watch: FKNK Official will not go hunting as an act of solidarity 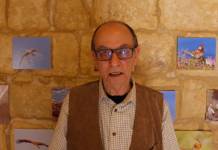