The committee responsible for hunting and trapping in Malta has been ordered by Cabinet to convene, BirdLife Malta said in a statement on Tuesday. The urgent meeting of the ORNIS committee has been requested to rubber stamp a spring hunting season, the statement reads.

BirdLife Malta said that any decision which considers reopening the season is irresponsible. The NGO also released footage of seven birds which were illegally shot over the weekend.

They reminded that the general public is being asked to remain home due to the coronavirus outbreak in Malta.

Meanwhile if the season is reopened, Malta is expected to deploy seven police officers or persons that see that the law is enforced for every 1,000 hunters. This emanates from the EU Birds Directive. BirdLife Malta noted that in view of the Covid-19 crisis, it would impossible to deploy such amount of police to enforce the law given that the disciplinary forces are stretched at the moment.

According to BirdLife Malta, hunters and trappers are openly flouting the law. Spring hunting is prohibited at this time of the year. The NGO noted that there are many active trapping sites which are being used to trap songbirds despite this being illegal.

The NGO called on Prime Minister Robert Abela to show moral courage and take decisions in the general interest of the country. 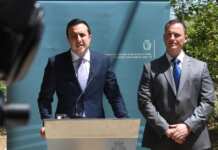 The NGO reminded that by placing the entities under the Gozo Ministry, the government is undermining its own commitment to protect the environment.

CABS back up call

The Committee Against Bird Slaughter has backed up the call made by BirdLife Malta.

“As the police is not able to guarantee a strict supervision we fear a sharp increase in hunting-related illegalities such as shooting protected species or using forbidden electronic lures,” CABS said in its statement in which it called on the government to refrain from opening spring hunting season this year.

CABS Wildlife Crime Officer Fiona Burrows said that poachers have taken advantage of reduced police resources with volunteers and staff witnessing, documenting and reporting 18 cases of illegal trapping and two cases of hunting during closed season. She warned that the situation would worsen if the season were to open.

CABS Press Officer Axel Hirschfeld criticised the hunting organisation FKNK for their recent and repeated calls on the government to lift the spring hunting ban for Turtle Doves.

In the last 25 years Turtle Dove populations have declined by more than 80% in most European countries. In its International Single Species Action Plan for the conservation of the Turtle-Dove the European Commission has listed illegal hunting and trapping in spring as one of the three main threats to the survival of the species.

Hunters’ activities should be curtailed, like those for the rest of us – AD

The call made by non-governmental organisations was backed by the Green Party. In a short statement on Tuesday, Alternattiva Demokratika said that hunters should be advised to stay indoors like the rest of us in conformity with the health authorities’ instructions.

“It should be also borne in mind that the Police are not in a position to carry out patrols to ensure adequate enforcement as is very evident from the multiple cases of illegal hunting reported in the past days,” AD chairperson Carmel Cacopardo said.

Watch: Birdlife to send Spring hunting illegalities to the EC