The Director of the Alternative Care Directorate (Children and Youth) Remenda Grech said that children are not benefiting from entities’ long processes. Grech was speaking in light of the delays in court cases regarding child access.

Grech was invited to discuss the topic of family with Prof. Andrew Azzopardi on 103 Malta’s Heart.

The Director said it is not acceptable to have couples who disagree, go to mediation, and fail, start a Court case, and are still fighting over children’s access. She explained that sometimes the cases are postponed for seven months, and in the meantime, the children are still going from one guardian to another. She added that during this process, the children undergo a lot of harm because most often, the parents speak ill of each other while the children are in their custody.

Grech went on to explain that unfortunately, children feel overwhelmed by the fact that they are hearing their parents insult each other while they themselves intrinsically feel that they should love both parents.

“During this process, the mediator should have the power to make certain basic decisions such as child access, or other immediate decisions,” Grech suggested. She added that this would speed up the process of not having to go to Court and getting lost in the system. In cases involving the judiciary, Grech proposed that the judiciary should be sensitive and decisions on children should be immediate without delay.

More from this programme:
Watch: ‘Silence’ on Malta’s child wellbeing issues a cause for concern 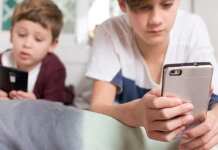 Watch: “Victory is won over satanism when and how God wants” – Fr Franco Fenech

“Public spaces should be given special protection” – Prof. Azzopardi