PN leadership hopeful Dr Bernard Grech said he would be ready to resign if under his helm as Prime Minister of Malta, abortion would be on the Parliamentary agenda after a national referendum would have taken place.

As he was being interviewed on F Living on Monday afternoon, Dr Grech also stated that on this matter the situation is still unlear but what is for sure is that he is and will remain against abortion. “Abortion is murder,” he continued saying.

In August, when meeting Newsbook.com.mt as part of a round of newsrooms Bernard Grech is carrying out,  he stated that he is against abortion and euthanasia. 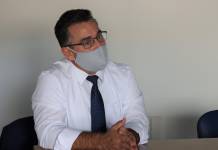 During the interview on Monday Dr Grech stated that he is committed to the protection of life from conception to beyond the grave.

Asked by the presenter if he thinks there should be a national discussion on abortion Bernard Grech said he would never legalize it but is ready to listen to those who are suffering.

He also mentioned that if he would be in favour of abortion than he would not have expressed his interested to contest the PN leadership as abortion goes against the PN’s statute.

Delia asked to provide more details by due diligence experts