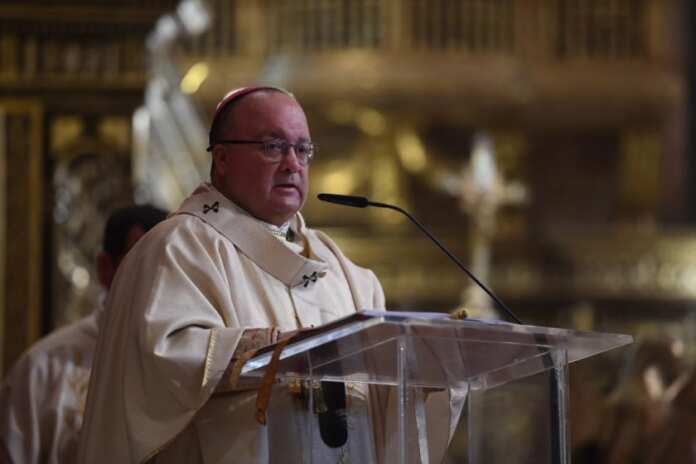 Archbishop Charles Scicluna appealed to put aside materialism and stop the frantic race to increase the amount of like we get on Facebook.

The Archbishop said in his homily during the Chrism mass on Maundy Thursday that was celebrated at St. John’s co-Cathedral in Valletta. During the ceremony the Archbishop also blessed the three holy oils that will be used in the administration of the sacraments throughout the Archdiocese until next year’s Maundy Thursday.

Referring to the Psalms that were read out during mass, the Archbishop said that we need to look at God as our saviour. He is urging us to the false gods, which also includes boasting and the artificial need to increase the number of likes on our Facebook pages. He said that we are in need of God for our salvation because we are weak.

The emphasis of this celebration is the unity that Jesus wanted amongst his followers. During the homily the Archbishop also appealed on various occasions to the priests that were present to see themselves as servants of God.

Archbishop Scicluna also touched on the “radical need” for Christians to be humble themselves in front of God.

He explained that the Saint Ġorġ Preca’s prayer “I need you God, my Lord” should be taken on board by all the priesthood and asked whether prayers are still uttered as it seems that prayers have become a luxury.