BirdLife Malta has retrieved another four illegally shot protected birds. The organisation has already retrieved the first turtle-dove. Turtle-dove migration has just started with more expected to arrive in the coming days. The peak migration of the turtle-dove is expected during the last week of April.

The other shot birds include two Marsh Harriers, a Little Egret and an Italian-ringed Yellow-legged Gull which hatched in Sicily last year.

The government’s vet certified that all birds were shot.

BirdLife Malta noted that since the beginning of the hunting season the number of known illegally hunted birds now stood at ten. 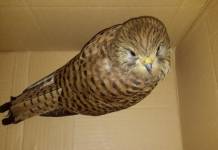 BirdLife Malta to continue studying seabirds on land and at sea