Auxiliary Bishop Joseph Galea-Curmi described Festa ta’ Ġenerożità (Feast of Generosity) as an event that truly brought together the Maltese and Gozitans people.

The Bishop was being interviewed by George Cassar on the radio station 103 Malta’s Heart at the beginning of the new year. Among the topics discussed was the fundraising marathon in aid of Dar Tal-Providenza on the 1st of January. This year the marathon raised a record sum of over €1.3 million. 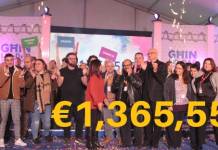 Bishop Galea Curmi said that he saw this collection as a very fortunate birthday gift, as he celebrates his birthday on the New Year. He explained that in the two hours he spent answering telephone calls, he could see how it was a great opportunity to show Malta and Gozo’s generosity. He explained how in moments like these, it seems like the people recognize what is essential in life.

He added that the thought behind the charitable organisation lies precisely in the heart of the work of the Church, which cherishes human life. He said that refurbishment of facilities often takes place, together with advancing the services it provides. “People donate to Dar Tal-Providenza because they know where their money is going.”

Watch: Remember those closest to you, reach out to them – Archbishop Scicluna 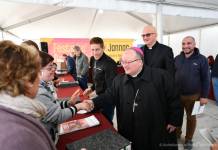 This collection is a great prestige for Mgr. Michael Azzopardi, continued the Auxiliary Bishop, who had started the organisation with full trust in the providence of God. He concluded by saying that this providence is thanks to the numerous people who give their contribution.

More than €6.2 million collected during l-Istrina 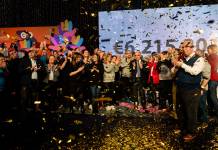