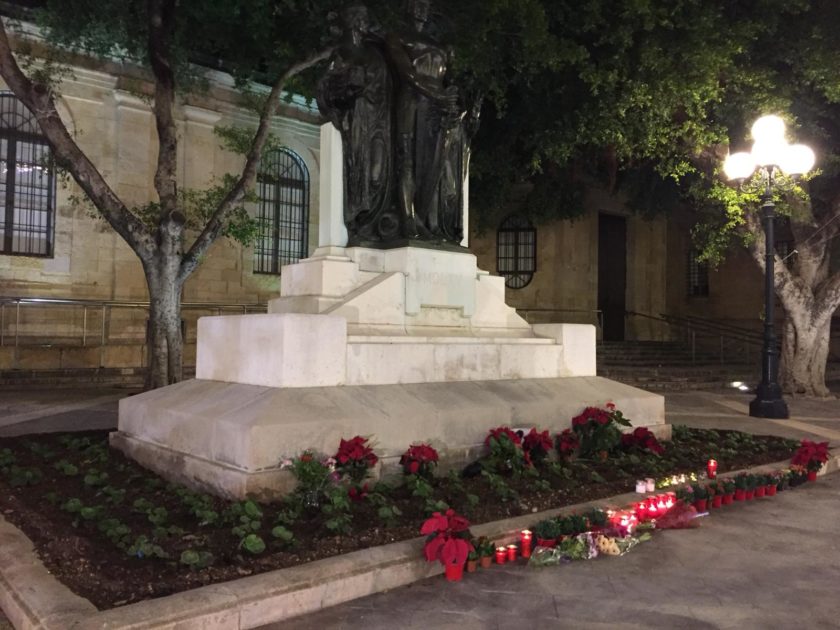 After three months, the Great Siege Monument can now be once again enjoyed by all, as the unannounced restoration was completed and the monument was uncovered on Saturday morning.

Unannounced restoration works were started in September of which many were sceptical about since the timing was one month short of the year anniversary since journalist Daphne Caruana Galizia was assassinated. Newsbook.com.mt had made repeated requests which remained elusive in order to obtain a copy of the restoration method statement.

The Great Siege Monument was the place were activists since 18 October 2017, just two days after the assassination chose to place photos, candles and flowers to protest the assassination. Their aim was recently confirmed in court, when Notary and activist Robert Aquilina took the witness stand and said the location was chosen because it was in front of the law courts. Journalist Manuel Delia filed a Constitutional case against the Government alleging a breach of the right to free speech due to constantly removing any tributes to the slain journalist.

In court it also emerged that it was the Justice Minister himself who had ordered the memorial to be cleaned.

Canadian author, social activist and journalist, Naomi Klein had read out a statement in front of the boarded up memorial in which she had invited the Maltese government to show its commitment to freedom of expression by allowing the protest material to be left intact.

During the vigil held last month, the activists briefly reclaimed the protest space as they removed the netting and placed flowers and candles at the foot of the memorial. Graffiti were also sprayed overnight over the netting by unknown activists.

A man who confronted the activists at the Great Siege Monument, injured himself.