The two contenders, Chris Fearne and Robert Abela, were interviewed on Xarabank on Friday evening. One of the questions asked was whether Archbishop Scicluna is too vocal on political issues or whether he does not speak out enough.

Chris Fearne said that he knew Archbishop Scicluna from the time they were still reading for their degrees at university, when they would invite each other for meals. The prime ministerial hopeful described Scicluna as a pleasant and intelligent person.

Fearne said that he was willing to listen, consult and work together with both Archbishop Scicluna and Auxiliary Bishop Joseph Galea Curmi.

Prime ministerial hopeful Robert Abela said that while he has a very good relationship with Archbishop Scicluna, he had his reservations on “political” comments made by the Archbishop in the past.

According to Abela, nowadays Archbishop Scicluna is more cautious when passing “political” comments. By not using measured words, his authority will suffer, Abela claimed.

Abela said that he wished to see an Archbishop who has a strong moral authority in the country. He added that he was a firm believer in the secular state, but this does not diminish the good work done by the Church in Malta.

The Church’s moral authority was also the subject of one of the morning platitudes by the Education Minister Evarist Bartolo. Writing a few days before Christmas, Bartolo had said that the Catholic Church should strengthen public morality. 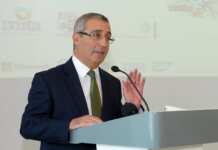