A hangman’s noose was removed by government employees early Wednesday morning after this was found hanging on the side of the Courts of Justice. The noose was hung from a parking sign and just below a CCTV camera. Observers commented to Newsbook.com.mt that the noose was very similar to Mafia ‘avvertimenti’ (warnings) to ‘pentiti’ (those who turn state evidence). 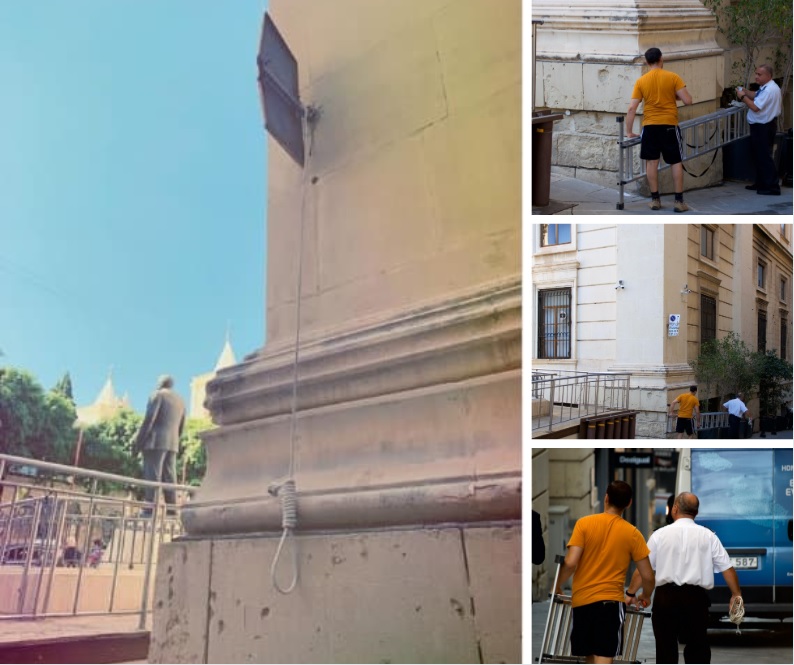 The incident occurred after reports that Melvin Theuma, the middleman in the murder of Daphne Caruana Galizia whom many are now describing as a ‘pentito’, sustained grievous injuries which the police have described as self-inflicted.