Newsbook.com.mt was in Valletta on Tuesday asking the public what in their opinion is the best way to do charity, ahead of the International Day of Charity.

A respondent has pointed out that by volunteering one’s time is something that anyone could do, irrespective of one’s financial standing.

Another respondent said that there a number of ways in which one could do charity, explaining that sometimes a word of kindness can do a lot.

Another respondent and her daughter said that one could help by donating money, but charity can take other forms, such as assisting one with mundane errands.

One respondent said that when one donates to charity, it has to come from the heart, underlining that the biggest donation one can make is to donate blood.

Voice your opinion:
Poll: What is your good deed this week? 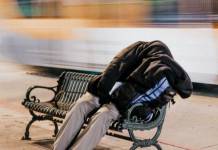