European Commission President Ursula von der Leyen said that she is “convinced” that the Maltese Government under Abela’s leadership will continue to make a constructive contribution to a stronger, more united, and more just Europe.

In a letter sent to Abela, von der Leyen congratulated him on his appointment as PM. She also said that she hopes to meet him soon.

In a Tweet, European Council President Charles Michel said that he welcomes Abela’s determination “to uphold the rule of law and work for unity.” 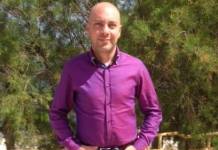