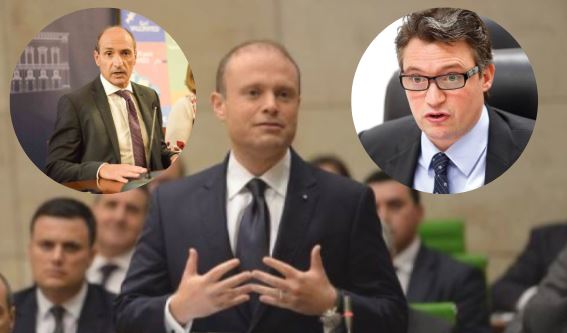 The term piracy conjures images of swashbuckling privateers with lots of panache and derring-do. Well, sails and swords may be out of fashion but the exploits of Vitals Global Healthcare (VGH), as revealed by The Shift News, are nothing short of latter-day piracy. In a five-part saga, The Shift News showed how those who fronted VGH made a quick and big buck out of the sale of Maltese hospitals to Stewart healthcare with the complicity of the government of Malta. Regarding the latter ‘s involvement, through Minister Konrad Mizzi who unceremoniously replaced Godfrey Farrugia, the question ‘WHY?’ remains officially unanswered.

A slow and laboured jigsaw puzzle

Opposition leader Adrian Delia placed the spotlight on PM Joseph Muscat. In his Sunday contribution, Delia asked who was going to get Muscat’s support: Konrad Mizzi or Chris Fearne. This in view of the disharmony between the two ministers. Fearne, the minister for Health and Deputy Prime Minister told Lovin’ Malta that plans were underway to scrap a controversial deal which granted local medical supplier Technoline exclusive procurement rights for the St Luke’s, Karin Grech and Gozo hospitals, which were sold to VGH and are today operated by Steward Healthcare. Konrad Mizzi, whose portfolio is now far removed from Health told The Malta Independent that the government does not get involved in contracts signed between a concessionaire and its supply chain.

Farrugia, in a comment on Facebook, meanwhile wrote: “Now you know what was going on in the Office of the Prime Minister, and why OPM wanted to change my portfolio from the Minister for Health to social services or the environment,” he wrote, indicating that he lost his position in the Cabinet just one year after taking office as Health Minister simply because he was not ready to accept the Vitals contract proposed by the government, which was still in the making at that time.

The Shift News said that, documents which they are in possession of show that VGH ostensibly sold three Maltese hospitals, St Luke’s, Karin Grech and Gozo General, which had been ceded to it by the government of Malta to Stewart Healthcare for the princely sum of €1. It is worth noting, in this tale worthy of a telenovela, that VGH had been given the concession within a month of the deadline of the expression of interest. The director of VGH, Sri Ram Tumuluri, a man who appears to work best in the shadows, was the subject of extensive research by murdered journalist Daphne Caruana Galizia. She had painted an uncontested picture of  what is essentially a shady character masquerading as an honest broker. The ability of Tumuluri to skim quietly was aided by the complete media blackout on information. The first official rumblings came in March 2016 when it was revealed that Vitals had ties to the British Virgin Islands tax haven. Vitals Healthcare Ltd is owned by Bluestone Investments Malta Ltd, which is in turn owned by Bluestone Situation 4 Ltd – registered as an offshore company in the British Virgin Islands. In the face of mounting pressure, government eventually published a heavily redacted form of the contract in October 2016. This publication conspicuous for the vast amount of information hidden, created more questions than answers. This investigation, arguably much less complex than that of Egrant, was started in December 2016 and, as yet, there is no indication that it is concluded.

The Shift News noted that the €1 sale was however only the facade of a multi-million undercurrent of banknotes which constituted the real deal. The Shift News, underscoring the oddness of the deal said that ‘…just €1 for a lucrative contract entitling the owner to €70 million per year, or €188,000 per day from the Maltese government for potentially 99 years – a contract guaranteeing €7 billion in revenue.’ Meanwhile, however, according to The Shift News, at least €2.5 million was passed in payment by Steward Healthcare to the secret owners of VGH. Meanwhile, Stewart got 3 hospitals on prime real estate land in Malta and an income of €188,000 daily for 99 years from the Maltese exchequer. The Shift News noted that, between 2015-2017 when the hospitals were in the ownership of VGH, this company was building a network with other countries, Caruana Galizia mentioned Oman and Montenegro, to contract deals similar to those concluded in Malta, and using Malta as a testimonial ‘Rather than focusing on delivering on the concession over three public hospitals in Malta, the priorities of VGH’s once-secret owners were to milk the concession and expand to other countries at Maltese taxpayers’ expense’. Simultaneously, as the shadowy deal came increasingly under public scrutiny, VGH started to negotiate a bail out, even though it had been announced that VGH was getting €36 million for the Barts Medical School in Gozo.

Meanwhile, The Shift News noted that the secret owners of the VGHfocussed on expanding other areas of business. Having sold the real estate and the concession, they invested in the takeover of a medical supplies companies, Technoline and Mtrace and secured profitable contracts, even in Malta, with a sizeable markup of 25%, which would see them, according to the news portal, in the black after leaving Malta with a trail of unpaid debts. The Shift news pointed out that ‘…In August last year, the shares in Mtrace were quietly transferred to Steward Healthcare – raising a number of questions on their involvement in the whole set-up’