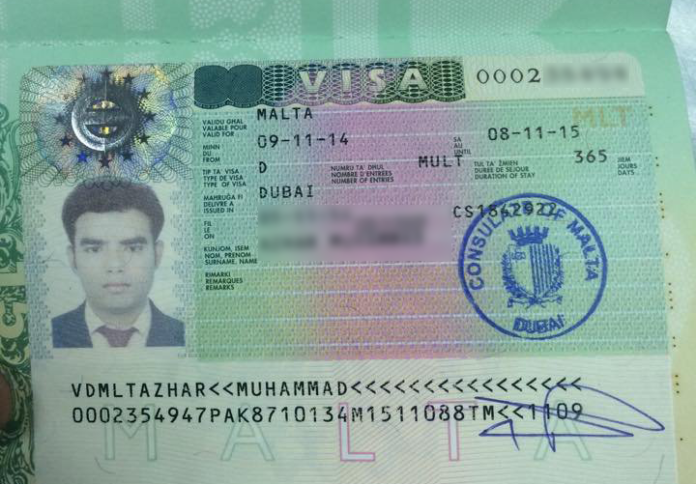 The Ministry of Foreign Affairs was aware of the allegations as early as August 2014, according to the conclusions by the National Audit Office. The foreign minister at the time had told parliament that he had no information of any wrongdoing and that only half of the Algerian applicants were granted a visa, back in October 2015.

The report published on Wednesday follows an investigation requested by Parliament’s Public Accounts Committee in November 2015, the issuance of visas by the Maltese Consulate in Algiers between March 2014 and September 2015. The Opposition had also written to the Auditor General asking for an investigation following a parliamentary question which had revealed the amounts of visa issued over a year and three months span. During this period 14,640 applications were received, of which 6,779 were issued a visa while 7,589 were refused.

The NAO established that the Ministry was first aware of possible irregularities through correspondence received on 20 August 2014. The Office was tasked with establishing whether the Government was informed of any irregularities and what action, if any was taken in this regard. The NAO sought to determine whether the Prime Minister, the Minister of Foreign Affairs and the Police were aware of any wrongdoing at the Maltese Consulate in Algiers.

The NAO also established that the Police were informed of possible irregularities on 20 August. On 2 October 2014 the Consul submitted other correspondence to the Police for any action deemed necessary.

A police report dated 30 March 2015 was forwarded to the NAO following its queries. According to the NAO, the report outlined action taken in relation to allegations involving the Maltese Consulate in Algiers. The owner of XL Travel (an Algerian travel agency) alleged that irregular payments were being made by applicants to employees of the VFS and to the LEP for preferential treatment. However no evidence was provided in support of these claims. The matter was referred to the Algerian police however nothing illegal was established.

The Consul and the Permanent Secretary at the Foreign Affairs Ministry had informed the Police of the alleged irregularities. The NAO deemed the move as “appropriate”, however it said that whether any other action could have been taken remained subject to debate. The Office also acknowledged that there were aspects of allegations beyond the direct control of the Consulate and therefore of the Government.

Report may be found here: