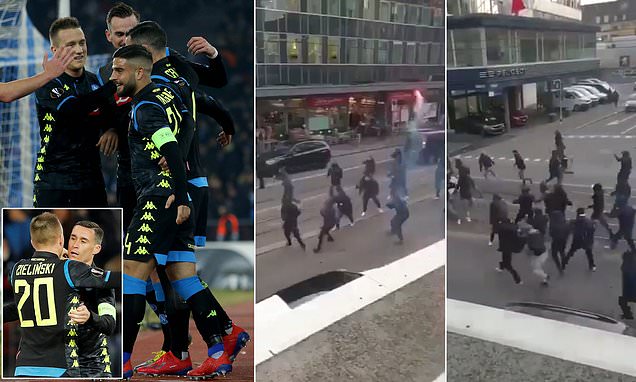 Napoli emerged victorious against FC Zurich thanks to goals by Lorenzo Insigne, Jose Callejon and Piotr Zielinski but their win was marred by fan violence in the streets surrounding Stadion Letzigrund.

According to Italian journalist Carlo Alvino, Napoli fans were attacked less than a mile away from the stadium whilst cars with Italian number plates were also targetted by Swiss supporters. He also pointed out that the local police force failed to stop groups of fans from storming towards each other.

The second leg between the partenopei and FC Zurich will take place on Thursday, 21st February.

Jesmond Saliba   February 18, 2020
A simmering conflict between Ukrainian troops and Russian-backed forces in eastern Ukraine has killed more than 13,000 people since 2014.